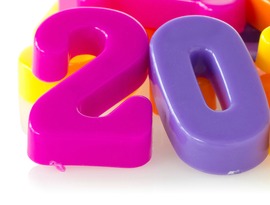 With this game your child can develop confidence in asking questions - an important skill in language. It’s also a good game for thinking and problem solving that you can play when travelling.

One person, we'll call them the leader, thinks of just one thing, either a person, a living thing, a place or an object. They don’t say out loud what they have thought of.

Whoever guesses "train" first becomes the next leader and it’s their turn to think of something. If no-one guesses correctly within the 20 questions, the leader wins and can take another turn.