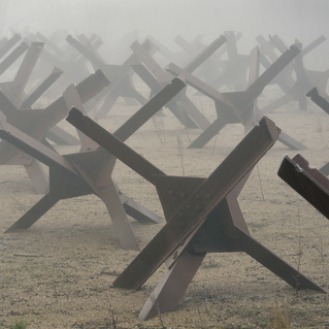 The Second World War lasted nearly six years from 1939 to 1945. More than 60 million people were killed in over 30 countries. On the 1st September 1939 Germany, under its dictator Hitler, invaded Poland. It was Hitler's plan to control the whole of Europe and North Africa. During the war, he was responsible for the planned deaths of 6 million Jews as well as many others in concentration camps.

Meanwhile the Empire of Japan wanted to control China and large parts of Asia. At first the Americans stayed out of the War, but all that changed when the Japanese attacked Pearl Harbour in Hawaii in December 1941. In August 1945 the Americans dropped atomic bombs on two Japanese cities killing around 150,000 people over a few days. Soon afterwards the Japanese surrendered.

The Republic of Ireland, under its Taoiseach Eamon De Valera, decided to remain neutral. The war period in Ireland was known as "The Emergency". However, many men and women from the Republic of Ireland joined the British Army to fight Hitler - in fact over 3,000 were killed.