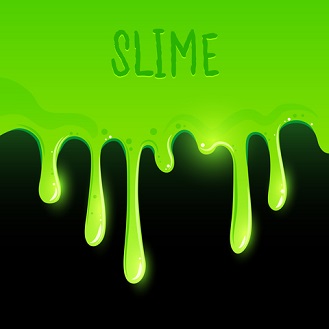 Kids love gloopy slime and there's a bit of a craze going on at the moment! Let your kids make their own slime at home with just a few ingredients. We recommend adult supervision at all stages, and slime is definitely not for eating or putting near eyes. Wash your hands after playing with it.

There are lots of different recipes for slime on youtube. A lot of them use an ingredient called borax or sodium borate as an activator. It changes the texture of other ingredients into the gloopy texture of slime. There's no need to buy borax - it is an ingredient in some laundry products or in contact lens solution. Small amounts of this ingredient used carefully should not cause harm.

If you prefer to make another kind of slime that doesn't contain borax, just mix about 1 1/2 cups of cornflour with a cup of water. It makes a really weird slime because it switches between being hard and being liquid. For a bit of science learning, click on this link and find out why the texture is called "non-Newtonian". Scroll down on the page to the "Oobleck or Quicksand" recipe to read the science behind it.